This day will stay in my memory forever. Texas are back after 5 years.
Right after work, with Mumu and Olga (who came from Belgium and Kazakstan) we’re going to the Barrowlands where we meet the French crew and then other Belgian and British will join us. Then … 2hrs to wait. But the most important was to be together.

While waiting, Ally, Michael, Eddie went out of the venue and stopped by to chat with us, it was a way for us to see Ally again and realising it will be all good :).
7pm, doors open, 2 floors … and then … Here I am …. to wait again 🙂 I was on the left side, same place when I started doing all these concerts, in front of Ally.

We didn’t know who was the supporting act, until we saw the guitarist from Ramona when waiting outside … It was confrimed when they came on stage.
Every time I could see them live I wasn’t really impressed by the music … But I don’t know if it was due to the fact I was just waiting for Texas to come on stage, or them playing in a bigger venue, but I found them a bit better. Or maybe it’s just because they are improving …

Half an hour later, lights off … Ally on stage … and then … As expected, the audience went mental ! Everybody’s cheering Ally being on stage. We could hardly hear him playing the intro. Then .. Sharleen arrives … And there we are … The show can start !

I don’t want a lover was a good start for a crazy night, jumping singing, etc …

The gig didn’t really go too fast, it was good enough to enjoy every part of it. But I nearly forgot how you can feel after jumping that much ! I have never sweat that much during a concert, asked for so many glasses of water … No need to go to the gym after that ! 🙂
The setlist brought us back to the very beginning of Texas to nowadays … We couldn’t expect more ! (or less) 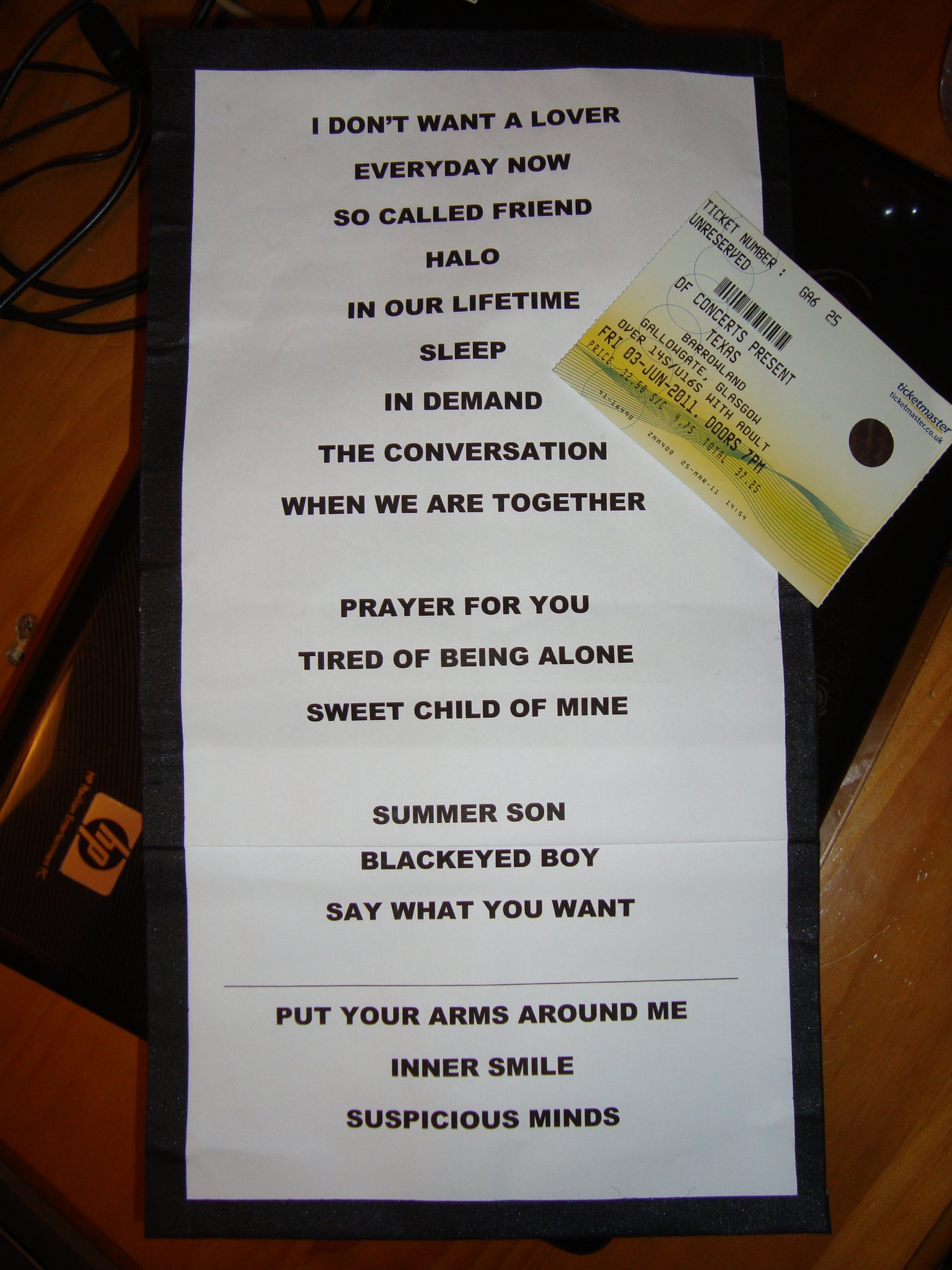 Just before Summer Son, Sharleen read a message from someone in the audience who was from Valencia in Spain. That’s when she mentioned that the French crew, some Germans, Dirk’s family … Knowing that we were all, by all I mean all, at the front row and some at the second row … she couldn’t miss the TEXANS Family 🙂

Even if we had good old stuff during the concert, they performed a new song as well, The conversation. Quite good I would say.

I loved listening to the good old songs again, the ones I could listen to at every Texas concert I went to, I loved listening to songs I only knew live because of the internet or bootlegs, I loved seeing and listening to Ally on stage, I loved the crack during the gig even if the Barrowland turned to a sauna very quickly. I think I can say that … I loved this concert, and it seems to be the same for everybody : It was the best concert ever ! 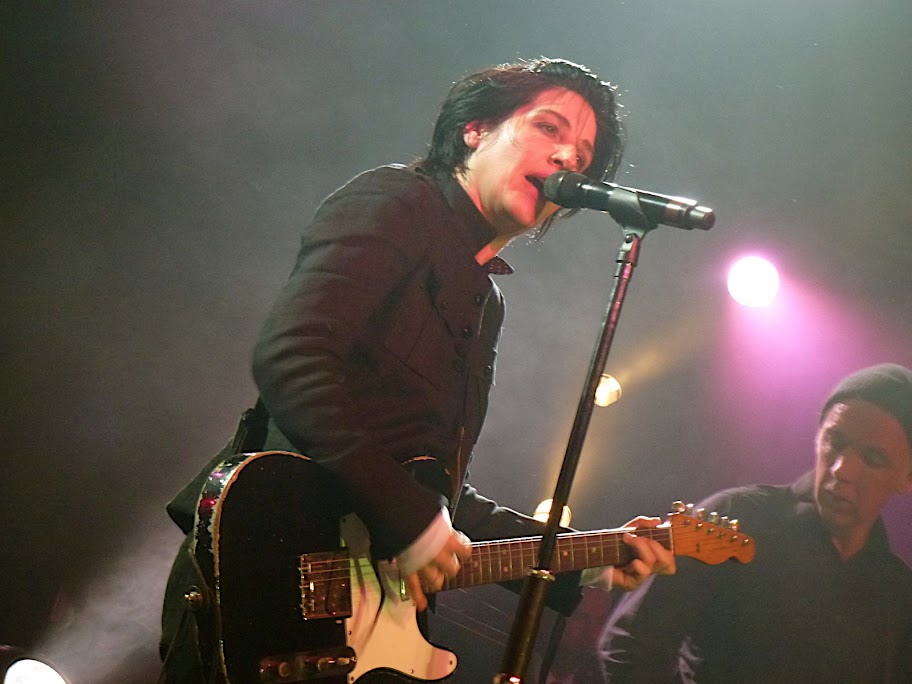 We had to be there, I was there, I am more than happy ! Texas in their hometown .. I missed them a lot of time … But I didn’t want this to happen this year !
On top of that, after the concert, after 14 years I like Texas, 12 years I do my best to go to lots of their concerts …I met the band several times, Sharleen as well … But everytime I was too nervous to have a good picture … But not this year, and I’m really happy with that ! :).

The Texas week end didn’t end after the gig, as the day after we went with some of the Texans to listen to Johnny’s (bassist) son playing in town.

I didn’t take any pictures during the concert, I really couldn’t, I could only concentrate on the concert, nothing else 🙂 So my friend Mumu was the photographer of the evening 🙂
* My selection in her pics : Mumu’s pics
* Official pictures : Zimbio.com
* Lots of videos are available on youtube.